What is the relevance of basic income to the arts?

This was part of the introduction for the Basic Income: Backbone for the Arts panel discussion I chaired in Oct 2020. https://www.youtube.com/watch?v=JJWlpJHkXVA&list=LL&index=1

The arts are an essential part of our lives, yet this country does not support those that work in them. At the mention of financial backing, mutterings of elitism start to emerge, as if the arts were just for and about those enjoying Wagner, or the Royal Ballet in Covent Garden, rather than providing all of the music, film, theatre, TV, art and literature that we all enjoy and are nurtured by.

Not to mention arts projects within the community, which have provided real empowerment to many people or turned around the lives of those that are disadvantaged. Basic Income would not only support those working in the arts, it would support those who enjoy them (i.e. everyone), by giving them the cash to go to gigs, exhibitions, theatre and so on.

A colleague of mine said, in response to Rishi Sunak’s suggestion that artists ‘retrain or get another job’, ‘I will continue to do what I have done throughout my career, which is to make meaningful art with people in places hidden from view.’ Sunak’s comments seem particularly short-sighted, when you realise the arts sector generates over £23bn for the economy and employs 370,000 people versus say, the fishing industry, which generates just under £1.4bn a year and employs 24,000 people. Yet the fishing industry is seen as more viable to the Chancellor. As are arts venues, some of which have recently received a bailout, rather than those that make art in them.

The call for basic income has been getting louder – the Musicians’ Union had a campaign calling for it, back in July. Many arts professionals, such as Brian Eno, have credited the unemployment benefit that existed in the seventies as providing an essential support to begin their careers. This now seems like a long-lost luxury, for which the country will be all the poorer. 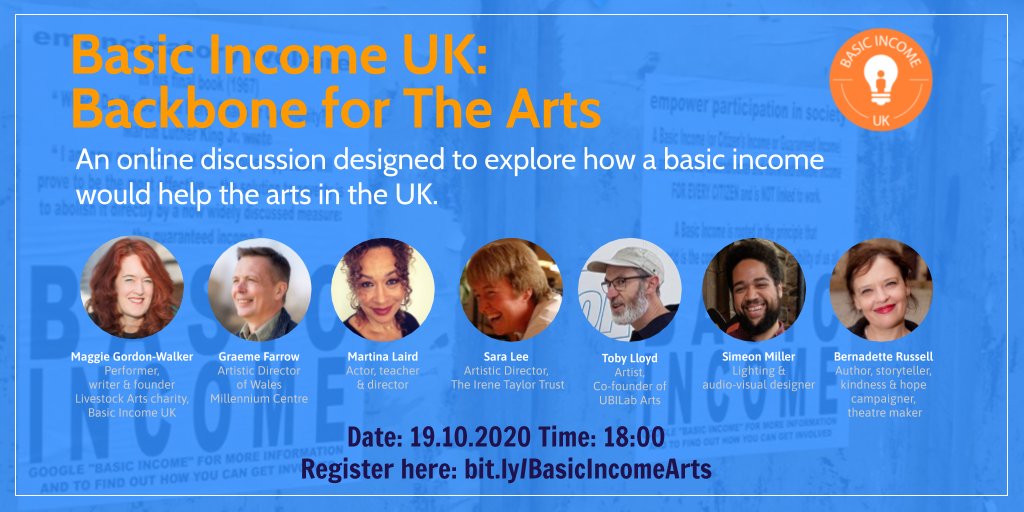 Eno says he went on “the dole” because he was afraid that any kind of job would make it impossible for him to pursue his music career properly. He argues that basic income will increase creativity, giving the message that all people are potentially creative and they should be given the chance to express that. Indeed, music in the UK would be very different if the dole had not existed. Bands such as Roxy Music, The Clash, or indeed, UB40, who took their name from the card that you had to produce when signing on, were formed by people who wanted the chance to create without scratching around furiously wondering where the next meal was coming from.

The UK is particularly ill-served in how it treats those working in the arts, regarding them as eccentric layabouts. Yet, it is not the same everywhere. My father, when he moved to France, was told as a writer, he should become a member of the Entraide des Travailleurs Intellectuels, which granted him some benefits. Apparently when it came to the health system as a registered intellectual he would be on the same level as a farm worker – I’ve always admired the egalitarianism of the French system. In Ireland, artists are permitted one year on unemployment benefit without having to look for work, to allow them time to pursue their practice, rehearse, or develop a portfolio. The UK used to have such a system – Enterprise Allowance, but this was axed a long time ago.

Without these schemes, it is only those from privileged, or monied backgrounds who have the luxury of a career in the arts. Sadly, it is frequently assumed that artists are not worthy of being paid anything at all, the claim being that they benefit from “exposure”. ‘Yes, I’ll have my exposure fried with eggs and chips, please.’