Masterchef The Professionals: Popping Up Near You 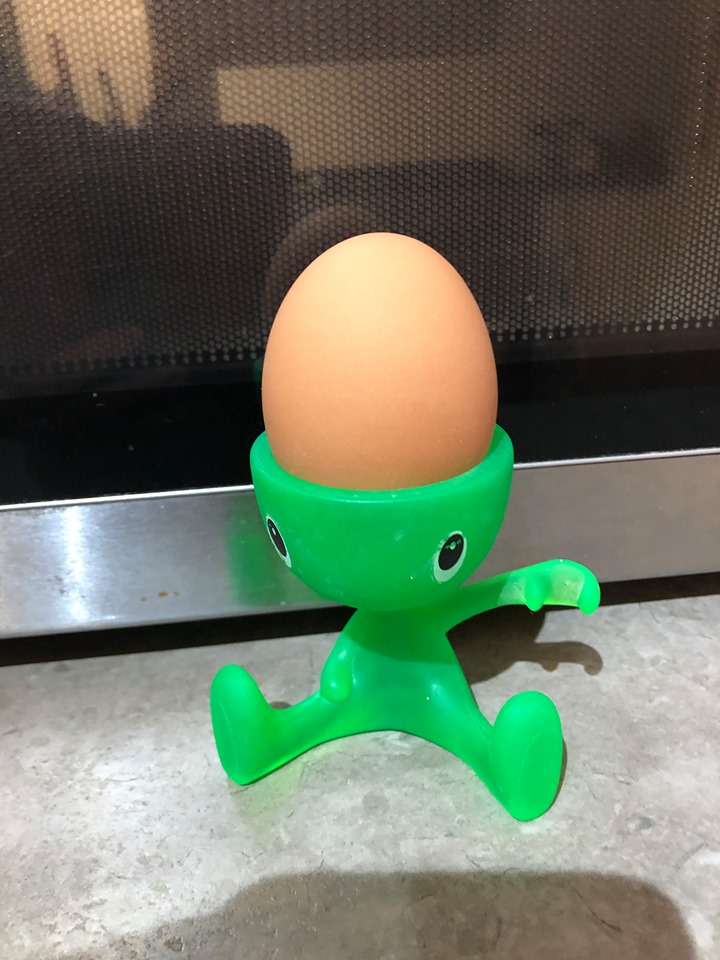 Yep, the gladiatorial instalment is back. Much the same as ever. Marcus – still wearing his ‘nice guy’ mask, Monica – a little bit feistier and more relaxed than in previous series, Gregg…words fail. When teamed with Torode, I think of them as Toady and Shrek. On his own that doesn’t suit, so I’ll just call him Boiled (Gr)egg, Boiled for short.

Boiled is clearly there because they have an hour long slot to fill and think we all need to see him shovelling forkfuls into his gob, being faux chummy with the contestants, gurning and repeating what Head Girl and Boy have said, with a puzzled frown on his face. I don’t need it, frankly. Wouldn’t it be marvellous if each episode was only 45 minutes because he had been shelled, sorry shelved and the proper judges could get on with it without resorting to picture cards?

Astonishingly, we seem to have reached the final twelve and they’re not all young, white men – who would have thought? So, what’s new this time? Not a whole lot, although I did notice they made less of the ‘bottom four’ having to cook-off and focused on saying the top eight had got through. A subtle distinction, but less damning.

Oh but there is SOMETHING different. They announced this proudly last night, as if baby had just taken its first steps. What is this brave new world of cuisinedom we have entered? Preparing soufflés while juggling knives? Performing the macarena while reducing their jus? Peeling Boiled while he’s still alive….? Sorry, got carried away there.

They have, drumroll, a pop-up restaurant. They’d never done that before! Right, so the past challenges where they have to cook in tents or on the streets with makeshift ovens, what are those then? No, those are worlds apart. Unlike a Pizza Express and Tramp nightclub, which are easily confused.

Who are the clientele sampling this food? Joe Public? No, 25 specially invited ‘guests’, who are, by and large, a bunch of irritating hipsters who run their own pop-ups and cannot believe they’ve got to advertise these on prime time telly. Not sounding much like a pop-up, is it? But lo, the contestants have been released from their chef whites to wear white t-shirts and they are serving food on rustic plates. Oh, that’s alright then.

The other thing this set-up had was waiters. Give. Me. Strength. I’m surprised there wasn’t a maître’d pottering about asking if they’d like to sample anything else from the wine list. Have any of the production team actually been to a street food pop-up?

Well, never mind about that, what about the nosh, which was supposedly street food? Looked pretty much like the usual stuff they produce. Except for Arbinder, who went rogue making quinoa with pomegranate sorbet. This is not good news for Marcus, who is apoplectic if cheese comes anywhere near fish and in his halcyon days used to get more aerated than the foam anyone foolish enough to attempt dished up.

The only thing really different was a vote, exempting the winner from having to cook in the next round. Admittedly, from the invited guests, but at least Boiled wasn’t there, shoving his oar in. I sense we’re a whisker away from a public phone-in in future series.

‘Yes, I’d like to vote for Boiled to go please….’ Sorry son, back to your saucepan.

They claimed every dish had votes. What fool is going to vote for quinoa and pomegranate sorbet?! Anyway, it’s not like a rigged referendum (ahem) so we’ll take that on trust. Of course, Exose had the most votes. All the hipsters were in ecstasy eating his banoffee style triumph. However, we had to go through the charade of getting him back in the kitchen in shiny whites to say he was going straight to the semi-final. And what about the food on his bench? Dear God, the waste! Exose missed out on the bubbly at the end though, so it wasn’t all glory.

In the cook-off, Andrew, a raisin bun version of Richard Gere, was the next best. Tom unfortunately, made ‘a dog’s dinner’ – the Marcus smiley mask slipped a bit there as he delivered this damning verdict. To be honest, I think Tom will be far happier in his veg patch. He didn’t have the cut and thrust necessary.

Exose is clearly a contender for the title, which would be lovely. He’s talented and chilled with a beauteous smile. However, in his first outing in the skills test, he did abysmally. Granted, I’d be appalling; I got antsy the other day with my colleague watching me mess up a simple spreadsheet she’d explained. Never mind being on national telly with two judges and Boiled making dramatic faces in your eyeline. Why, oh why, does the skills test have to be classic French though? Can’t remember what Exose had to make, but it was something he’d never heard of. But, that’s the great hallmark of cooking apparently. Here’s a thought: Indian food, for example, has been around for ooh, just a tad longer, why can’t they make a samosa or a particular spice mix? Curried (Gr)egg, perhaps…?